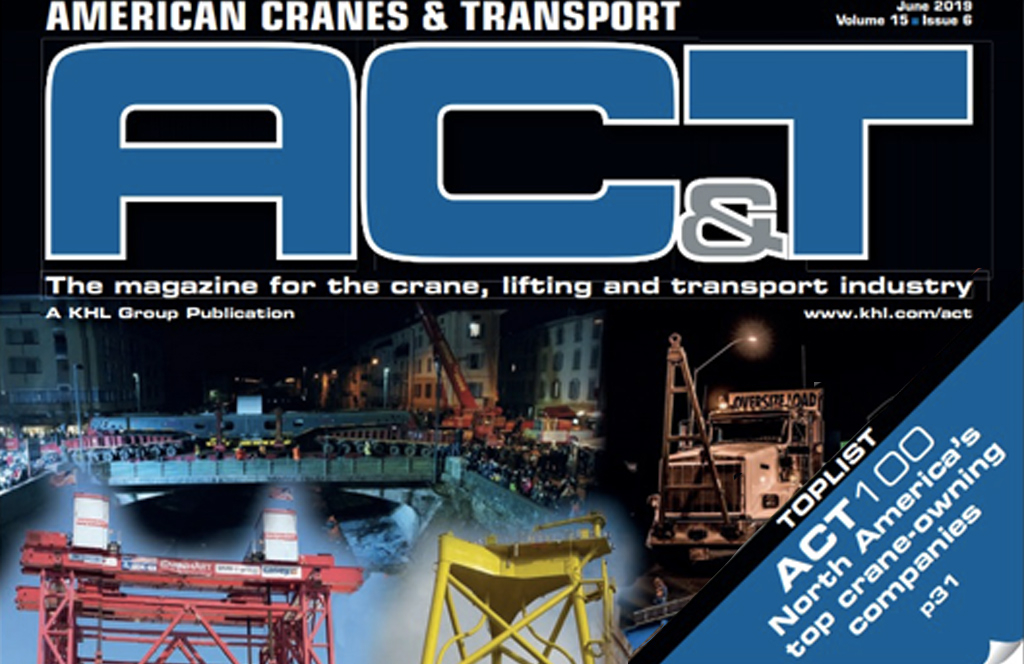 Runnion Equipment is again ranked among the top crane-owning companies in North America.

The ACT100 index is calculated by surveying nearly 500 companies and then adding the maximum lifting capacities of the company's fleet.

Mike Prochot, President, states, “Runnion Equipment Company is certainly proud to be recognized and included in the ACT100 Index along with such outstanding fellow crane companies in a great industry.